Born in 1972, on a small army base in the south, Dan Henk grew up on a diet of science fiction, horror books, comics, and movies. Playing soldier and building tree forts on the abandoned training grounds of the bases his dad was stationed at, everything was good until he got into metal and punk rock in his teens. That didn’t settle well with his super religious father, and at eighteen Dan Henk was kicked out of his house. He spent the next eight months homeless, often living in the woods. Six months later, he was in the passenger seat of a car that flipped and his face broke the windshield. Soon after that, the tendon on his thumb was severed in a fight with a crackhead. Despite the obstacles, the next six years were fairly productive involving gallery showings, illustration work for Madcap Magazine, Maximum Rock and Roll Magazine, and a slew of bands and clubs. He was doing artwork on the side and finally attended art school, moving to NYC to make it a full time career. Dan went on to be in more galleries, do more band artwork, and paintings for Aphrodesia and several Memento books. Magazines started to feature his work. But things continued to be difficult. Dan came down with brain cancer, and his wife died in a hit-and-run accident. He moved across the country, finished his first book, The Black Seas of Infinity, and had it published in 2011 by Anarchy Books. He started illustrations for Black Static Magazine, This Is Horror, and Splatterpunk, book covers for Deadite Press, a splash page for an issue of The Living Corpse, and still more work for Memento. He also began a regular comic strip for Tattoo Artist Magazine, and a series of blogs for them as well. Damnation Books picked up his second novel, and Permuted Press picked up his debut book for a re-issue. If he’s not dead and all of this is an illusion, things might be picking up. 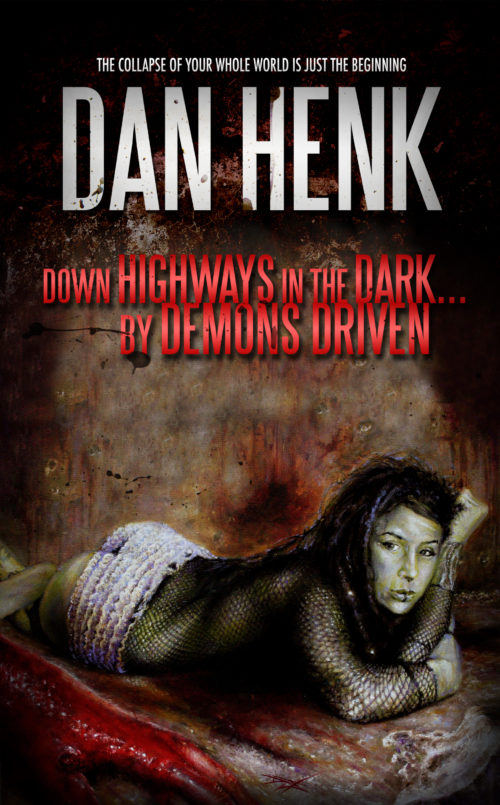 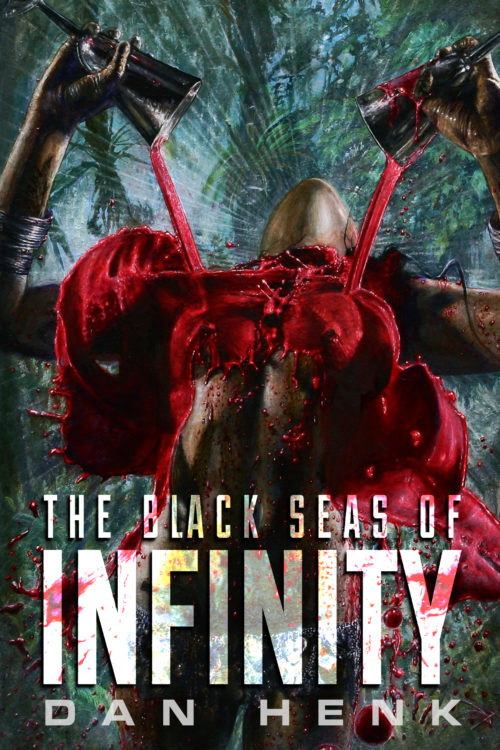